Talk of Rajasthan and images of vast deserts and forts flash in your mind. But what if you get to trek or drive to the highest peak of a mountain here? What if we tell you there is a beautiful hill station covered with lush forest and dotted with waterfalls, lakes, and rivers in this desert state of India?

This is Mount Abu for you, one of the hottest tourist spots of Rajasthan located in Sirohi district. And we are talking about Guru Shikhar, the highest peak of the Aravalli Range at 1722 meters (5650 feet) and located 15km from Mount Abu. A road from here takes you to almost the top of the mountain.

A local legend goes that Goddess Anusuya wanted to have a son similar to the three Gods Brahma, Vishnu, and Mahesh. This created anxiety among the wives of the three Gods – Saraswati, Lakshmi, and Parvati, respectively. They asked their husbands to go down to Earth and take a test of Anusuya. They did. They appeared before Anusuya as sages and asked her to feed them but on the condition that she should be naked while serving food to them. Anusuya was bestowed with Divine powers and she immediately recognized who the sages were. She, at once, turned them into 6-month old babies! Then, she removed her clothes and fed them.

Anusuya started rearing the babies. Wives of Brahma, Vishnu, and Mahesh were worried when their husbands did not return. So, they visited the cottage of Anusuya and, to their astonishment, found their husbands turned into babies!

After much request, Anusuya turned them into original states. The holy Trinity (Brahma, Vishnu, and Mahesh) were happy with her devotion and chastity and granted her a boon. She asked that the holy Trinity be born as her children.

Another legend says that the holy Trinity merged and were born as three-headed and six-armed son to Anusuya.

The son was Dattatreya, who is the embodiment of the three Gods.

As per historic reports, King Prithviraj Chauhan had traveled to Guru Shikhar to meet his bride, the Princess of Prahladanpur, and to marry her. Prahladanpur today is Palanpur.

Guru Shikhar is devoted to Guru Dattatreya, who is believed to have lived here when he became a sage. A temple at the peak is devoted to him. The temple has the footprints of the Guru.

At the northwest side of the peak is a temple devoted to Dattatreya’s mother.

Mornings at Guru Shikhar are fantastic. The sunrise is breathtaking. The breakfast available at local shops is lip-smacking. They are known for their yummy tea. The view from above is scenic, besides there is a line of shops along the way where you can buy souvenirs and food at any time.

Don’t miss the Mount Abu Observatory, which is at Guru Shikhar.

If you visit Mount Abu, you must visit Guru Shikhar. Dattatreya is revered as God in the Western part of India. The peak also features numerous other historic temples.

Don’t forget to ring a huge bell at the peak. The bell has the inscription “1488 V.S (1411AD)” on it. Ringing the bell connotes that you have successfully reached the peak. The sound of the bell is very enchanting and travels far and wide.

Apart from spending quality time at Guru Shikhar, you must visit the following fascinating places:

Achalgarh is a quaint village of Mount Abu. It is well-known for Achleshwar temple and Achalgarh Fort, which are at the mountain peak. The village lies 8 km from main Mount Abu road. It takes just 10 minutes to climb the mountain and visit the historic Jain temples famous for their brilliant sculptures.

Achleshwar temple is renowned for the structure of Nandi, which is believed to have been made of five metals: gold, silver, brass, copper, and zinc. This is a must-see.

The well-known Dilwara Jain temples lie at about 2.5 km from main Mount Abu town. This is a pilgrim place for Jains. The chief attraction of these temples is the use of pure white marble and the intricate carvings on the marble. You will be stunned to see them. 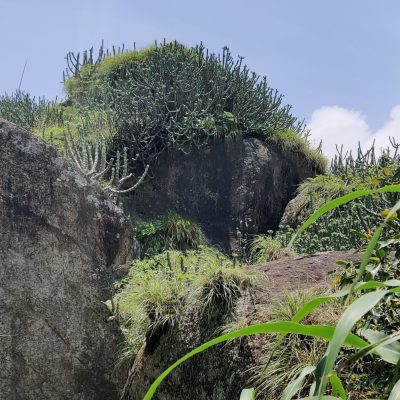 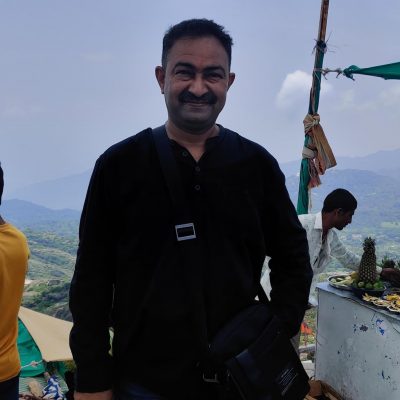 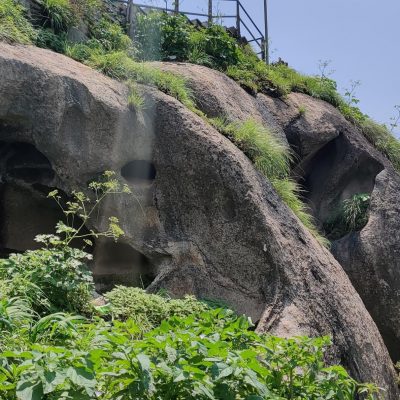 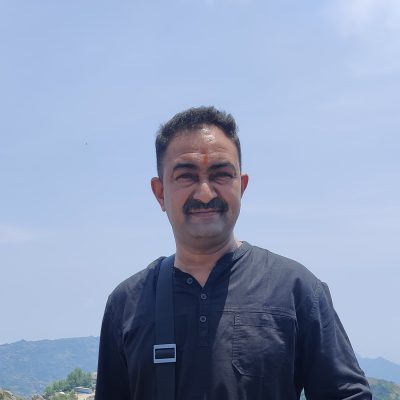 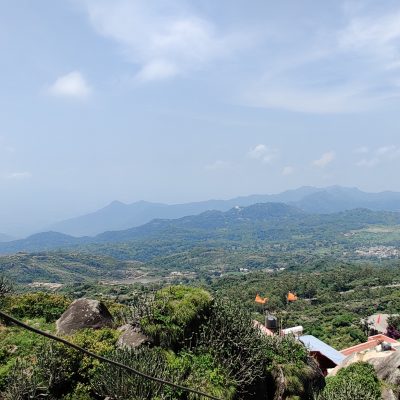 Accommodation is easily available at Guru Shikhar road in Mount Abu. You can book a hotel or a resort.

You can easily hire a cab or a two-wheeler to reach Guru Shikhar from Mount Abu. However, they won’t take you to the peak. You must hike. It is just a short hike featuring 300 steps to the top.

From Delhi, Mount Abu is around 763 km and it takes about 11 hours and 43 minutes to drive.

The best time to come to Guru Shikhar is from October to March. The weather is pleasant during these months. Summers are too hot in Rajasthan to hike at mountain peaks.

Are you ready for this mountainous journey to the desert state of India?