About 85 km from Ahmedabad, Gujarat, on the banks of the now-dried-up mythical river Saraswati lies the remains of a 4500-year-old mesmerizing city. It is believed to be a part of the Indus Valley Civilization.

This is Lothal, the name believed to be derived by combining two words “loth” and “thal,” which in Gujarati means “Mound of the Dead.”

Till now you may have read of Harappan and Indus Valley civilizations in textbooks. With a trip to Lothal, you will actually be standing at one of the very sites of the Harappan era!

The ruins of Lothal were discovered in 1954, excavated by Professor S.R. Rao between the period 1955 and 1962. The city unveiled structural remains of the Harappa Civilization. It was inhabited during 3700 BCE.

This southernmost city of Gujarat featured the world’s oldest manmade port, which was a thriving one during those times.

As per records, the Archeological Survey of India (ASI) had begun excavation from February 13, 1955. It ended on May 19, 1960. Archaeologists are of the view that the city lay on the ancient and busy trade route from Sindh to Saurashtra region of Gujarat.

The city was well-planned and divided into two parts. On one part stayed the ruler and the royals, while the other part was for the common people. As per evidence found during excavation, the city featured an acropolis, bead factory, warehouses, and a well-structured drainage system.

Archeologists excavated several fascinating things, which proved that the city was a busy trading hub. People may have traded far off to places like Egypt, Persia, and Mesopotamia. The diggers unveiled an entire township, along with intriguing artefacts like jewelry, religious symbols, seals, pottery, and daily use items. 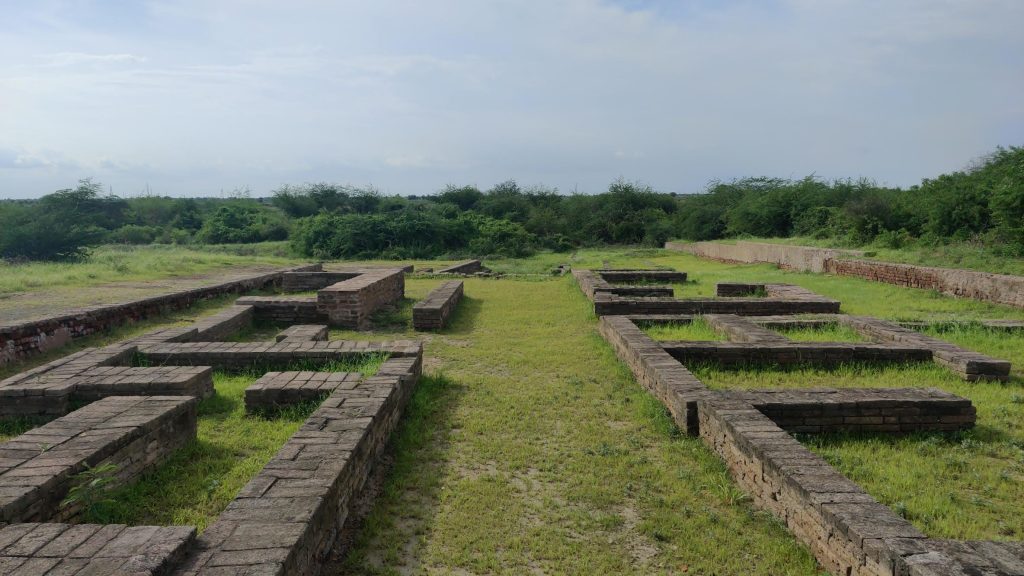 The entire ruins of Lothal are fascinating to see. The city featured thick walls that protected people from tidal waves. The bricks used in walls were found to be in a perfect ratio of 100x50x25. People of those times used decimal system for measuring width.

The dock of Lothal has become the subject of admiration not only because it is believed to the first in the world, but also because of its impeccable construction and scientific positioning. This shows that people of so ancient times were well-versed with technology!

During the excavation, archeologists came across two bodies buried in a single grave. This intriguing discovery showed that burial was a ritual in those times.

The whole city was laid out well. It had paved roads. Each house had a bath. A few of the houses were double-storied and constructed on mud platforms.

The site is nominated for UNESCO World Heritage Site.

Lothal is the best place to be for people interested in historic places and facts.

You can’t miss this 4500-year-old steep well sprawled over 2.4 meters and a height of 6.7 meters. It has radical bricks and features a commendable underground drainage network system.

Lothal’s dockyard, which has become a matter of awe, is constructed using fine burnt bricks. It’s so grand it could accommodate 90 big ships at that time! An ancient dock with advanced features – you ought to see this one.

Another awesome place to see – the home of the chief of those times. It even had a private well and an underground den!

As you sightsee Lothal, you will come across a 3.5 meter high podium. The city’s warehouse was built on this.

Ruins of houses are such that you can, even today, distinguish rooms, kitchen area, brick bath, and others. Fascinating to see.

Amidst ruins, the factory is still distinguishable. Lothal beads were famous. Observe the ruins and you will notice a huge courtyard where workers could have worked.

You just can’t miss this one! So well planned and intelligently laid! Lothal people had a good sense of hygiene and sanitation.

Bhogavo River in Lothal is a tranquil river that invites you to dip your tired feet into its cool water. Accept the invitation.

Pushpawati Ganga flows at the background of Lothal, covering 6 miles. The name “Pushpawati” means “Valley of Flowers.” The river is actually dotted with beautiful flowers. The perfect place for leisure in the lap of nature.

Located near Lothal, this museum is a must-see. It houses 800+ fascinating items and artefacts of historical significance. The sight of painted potteries, beads, copper and bronze mirrors, intricate jewelry, items made from shell, bones, chert, and stones, and toy bullock cart is a delight to the eyes. And don’t miss those charming terracotta figurines from Sumeria!

As you move 5 km from Lothal, you will come across the magnificent Utelia Palace that greets you with its Indo-Saracenic architectural style. Neknamdar Thakore Saheb Sur Singh built this palace. 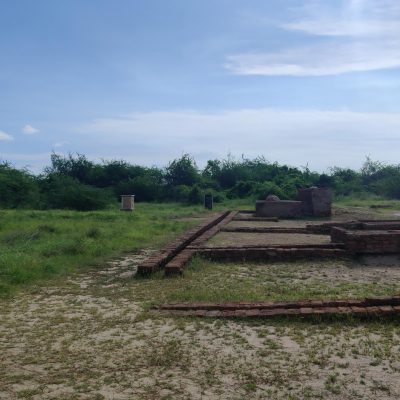 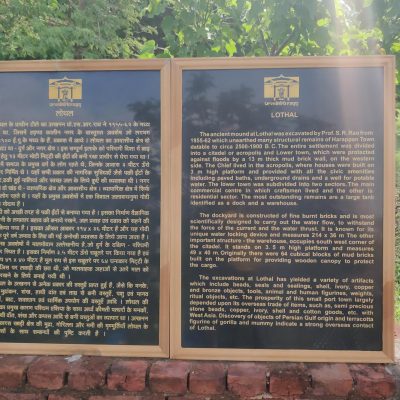 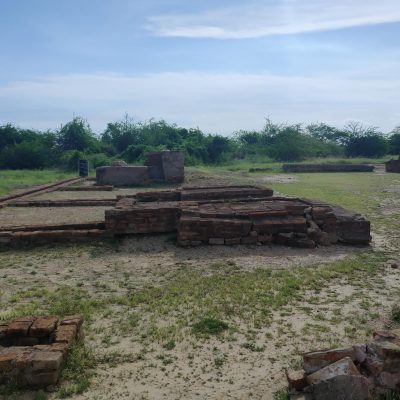 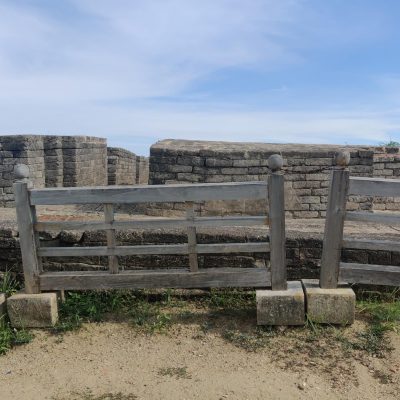 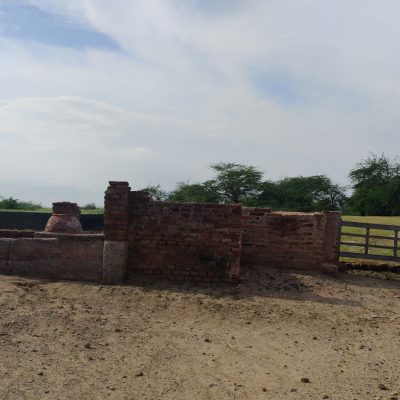 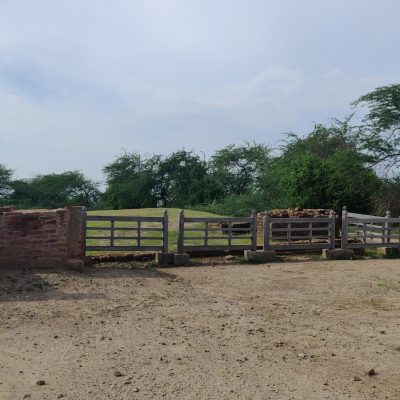 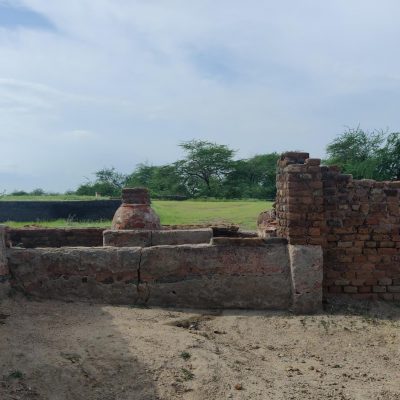 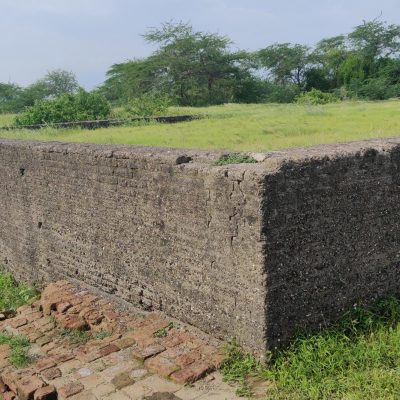 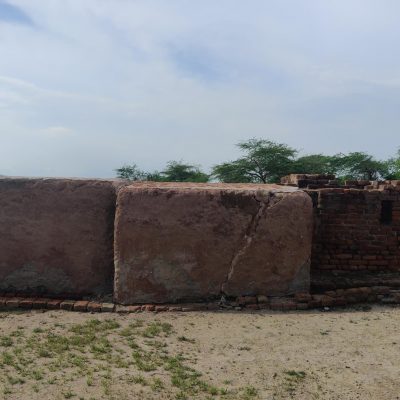 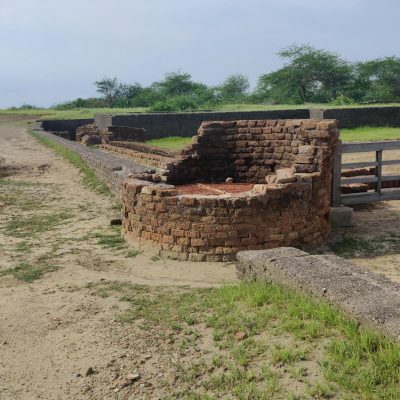 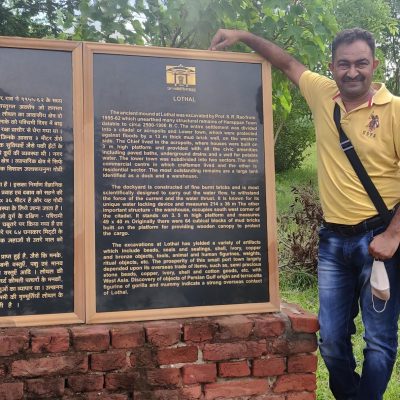 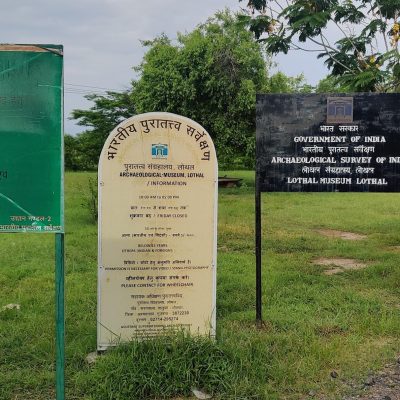 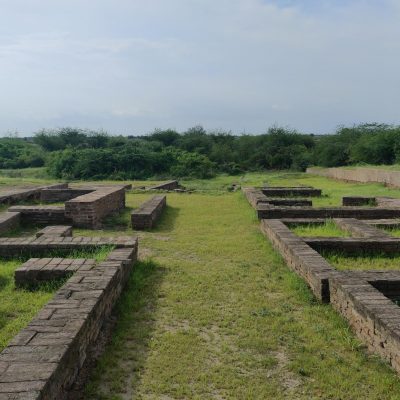 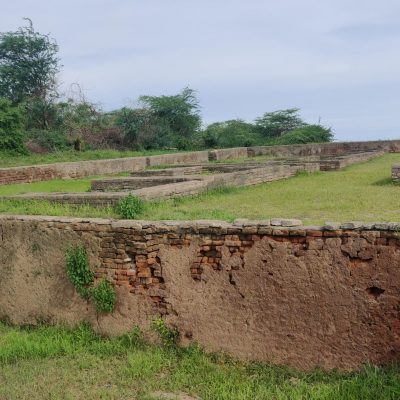 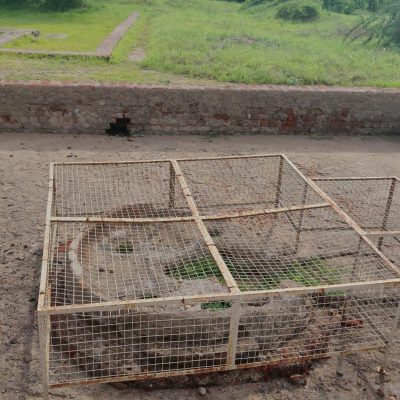 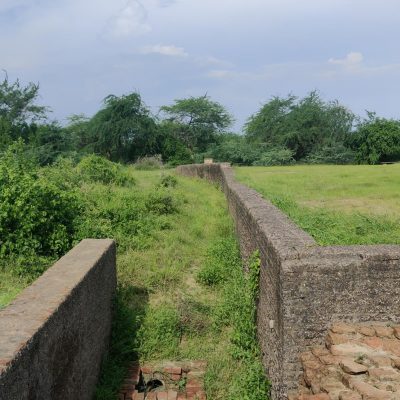 There are several hotels a few kilometers away from Lothal.

Please carry your own snacks and tea while sightseeing Lothal. You won’t find any tea shop or eating outlet here.

Best time to visit Lothal is in winter. You can bath in the warm winter sun

The best way to reach Lothal is through a private car. The nearest bus stand is in Bagdogra. The nearest railway station is in Burkhi.