Trekkers and nature lovers just can’t miss visiting one of the most renowned treks in the Sahyadri mountain range of Nasik-Triambakeshwar in Maharashtra. The spot lies 6 km from Triambakeshwar and 20 km from Nasik, at a height of 4263 feet from sea level.

This is Anjaneri Fort trek. For the worshippers of Lord Hanuman, this is a must-see place.

The mountain is named after Anjani Mata.

As per historians, one Veersen Ahir (sometimes spelled Abhir) ruled this area briefly and had made it his capital. 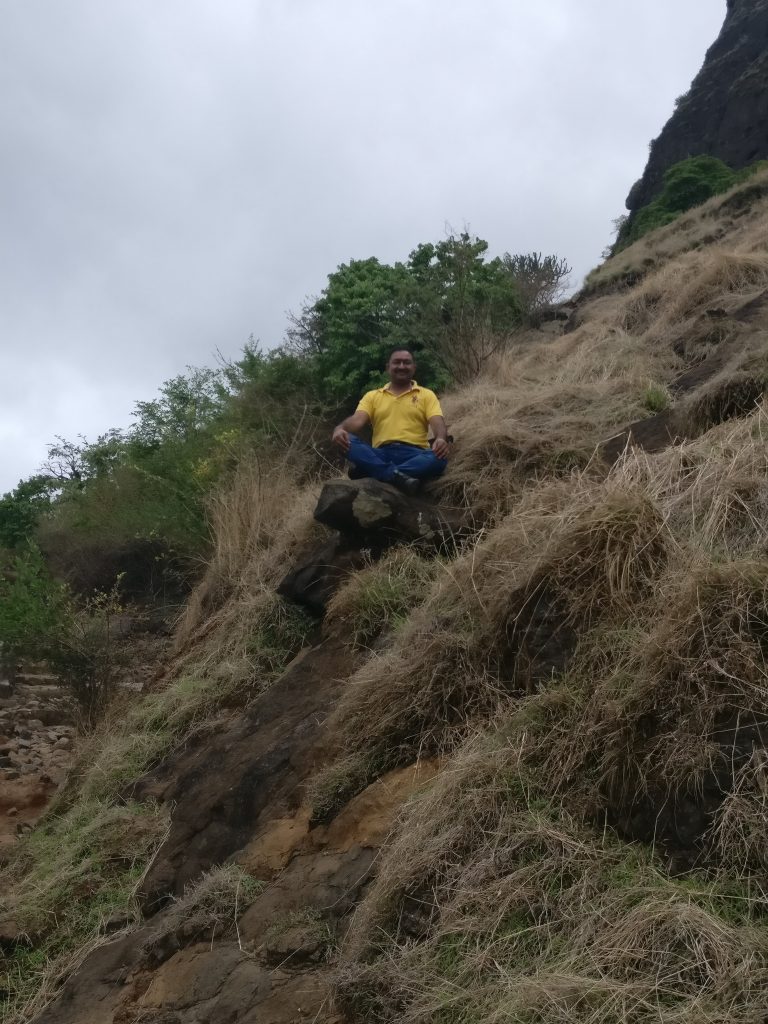 Anjaneri mountain is abundant in natural beauty. The trek route here is filled with thick bushes, lush greenery (especially after monsoon), lakes, caves, and waterfalls. This trek is regarded as one of the most spectacular ones in the state of Maharashtra.

The following are the extra ordinary things you will find at this place:

Trekking is the main thing to do, besides visiting temples and basking in the beautiful nature. The picturesque Anjaneri village is the base site for the trek. From here, you can glimpse at two pinnacles called “Navra” and “Navri.” You must proceed towards these pinnacles.

The trek begins with stone steps. As you climb them, the trail narrows down and you come across a boulder section featuring muddy and stony lanes just 6-7 inches. This trail is between two hills. You can see lots of caves here. There are also signboards, so don’t worry; you won’t get lost. You must wear proper trekking shoes for this.

This trail has lots of monkeys. They are looking for food. Please cover your food packets, lest they may snatch them. Do not react to them and continue walking.

As you walk, you come across a Jain cave on your left. You may explore the cave. After that, you ascend for another 15 minutes and come to a huge meadow area. This is a breathtaking area filled with beautiful blooms. Rest a bit here and enjoy the beauty. See if you can spot the rare flowers.

Once you cross the meadow, you reach Anjani Mata temple. Do the “darshan.” There is a small house near the temple. Residents of this house sell tea and snacks to visitors. This is the sole tea stall in the entire trek. Rest a bit here, have tea, and then proceed.

You come across a big lake. This is the foot-shaped lake, but you cannot figure out the shape from here. You must go further up to see “Lord Hanuman’s foot.”

The forest trail begins with rock-cut steps. The area is enveloped with tall trees and green shrubs. This is a bit steep ascend. As you walk silently, you would hear the soft rustling of leaves.

If you come here in monsoon, you need to be extra careful during the trail, as it gets slippery due to the moss that covers the rocks.

After ascending for around 20 minutes, you reach a boulder. Rest a bit here and drink water. You need to keep yourselves hydrated throughout the trail.

After another 10-15 minutes of crossing the boulder, you, finally, reach the highest point, which is a plateau area.

The aerial view from here will take your breath away! Now you can see the foot-shaped lake and you will be astonished. It really is a foot!

There is yet another lake just behind the foot-shaped lake. This is Anjaneri Lake.

Just a few minutes away from this spot is Hanuman temple built by locals. This temple is different. It represents the child form of Lord Hanuman.

Do the “darshan” and spend some time enjoying the spectacular view of the Nashik-Triambakeshwar area. Catch a glimpse of the Godavari Dam and the Brahmagiri mountain. Relax a bit here. Feel the strong vibes of Mother Nature and her vastness.

Descend through the same path.

As you begin your trek and ascend through the steps, you come across two paths. The left turn takes you to Seeta Cave. The right turn is from where you proceed further on your trail. Spare some time and take a left turn to explore this interesting cave dotted with carvings. The cave has two rooms and can accommodate a total of 10-12 people. Visitors use this cave as accommodation.

Locals of Anjaneri village have constructed a Hanuman temple inside the village. It harbors 10-feet tall idol of Lord Hanuman. It is said that you must visit this temple and take the Lord’s blessings before starting the trek and visit again after successfully completing the trek.

If you come to Nashik, particularly to Anjaneri Fort, you should not miss visiting Triambakeshwar Jyotirlinga, which is one of the 12 Jyotirlingas and the only one that honors the Holy Trinity – Lord Shiva, Lord Vishnu, Lord Brahma. The temple is in Triambak, 11 km from Anjaneri Fort.

Harihar Fort is a watch tower located 18 km from Anjaneri village. This is a one-day trek. The tower provides spectacular view of the surroundings. 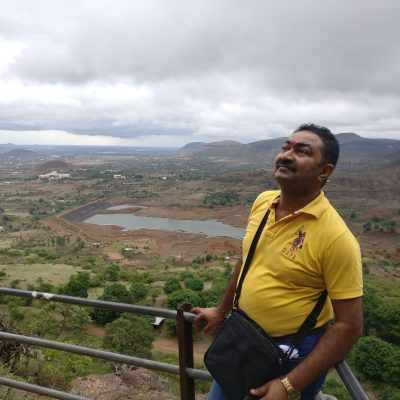 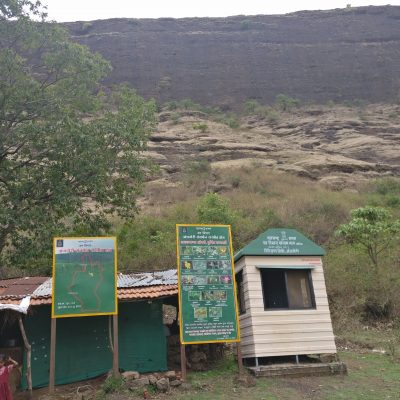 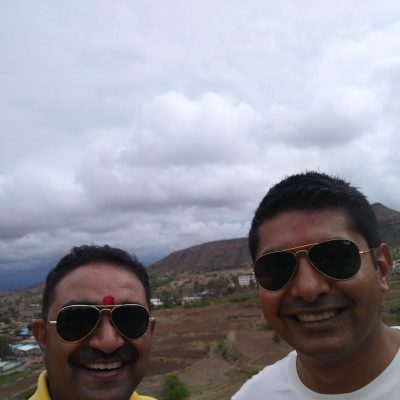 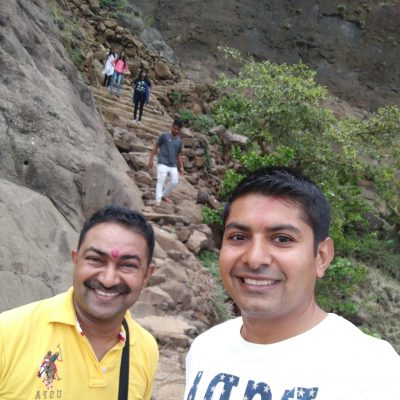 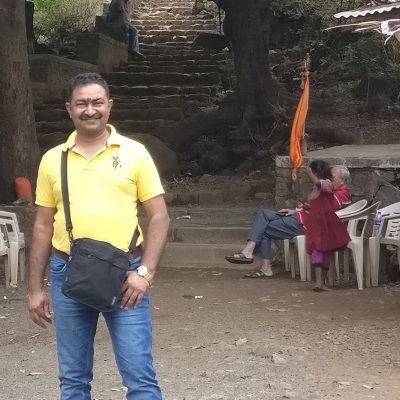 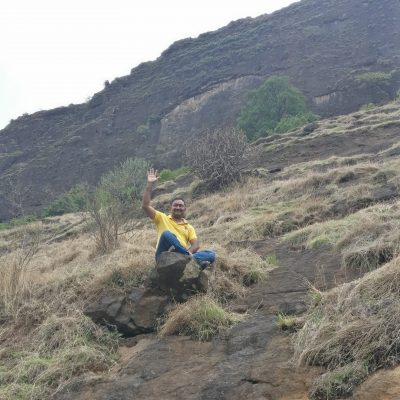 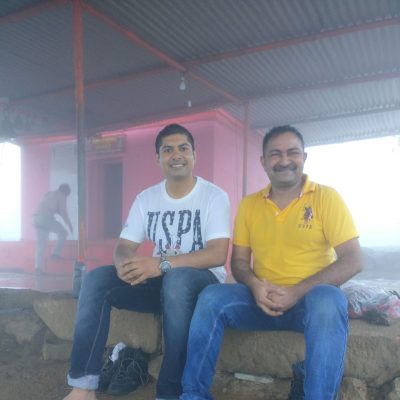 Plenty of hotels are present around the Anjaneri Fort, from budgeted to luxurious. Those who feel adventurous can stay at Seeta Cave.

Nashik is well connected through air, road, and rail to other cities. The nearest airport is in Nashik. It is 50 km from Anjaneri Fort.

You can get down at Nashik railway station and hire a jeep or cab or bus to reach Anjaneri Fort. Or you can drive your own vehicle to the fort. However, parking is done at the base site at your own risk. There is a parking fee.

Another way is to reach Kasara station through Kasara local from Kalyan/CST and then take a jeep to Anjaneri village. State transport (MSRTC) buses are available to Anjaneri Phata from where Anjaneri Fort is just 20 km. You can even walk your way down to the village from Phata. It will take around 15-20 minutes.

June-February is the best time to visit Anjaneri Fort. Avoid summer, as it gets too hot to trek. Winters are clear. Monsoon can be a bit risky, as the trail becomes slippery. Pack your gadgets in plastic wraps, as it rains heavily during monsoon. Post-monsoon gives a spectacular view due to lush greenery and blooming flowers.

Time to visit the birthplace of Lord Hanuman.