Skip to the content
HomeBlogMussoorie – Come To the “FairyLand” of North India! 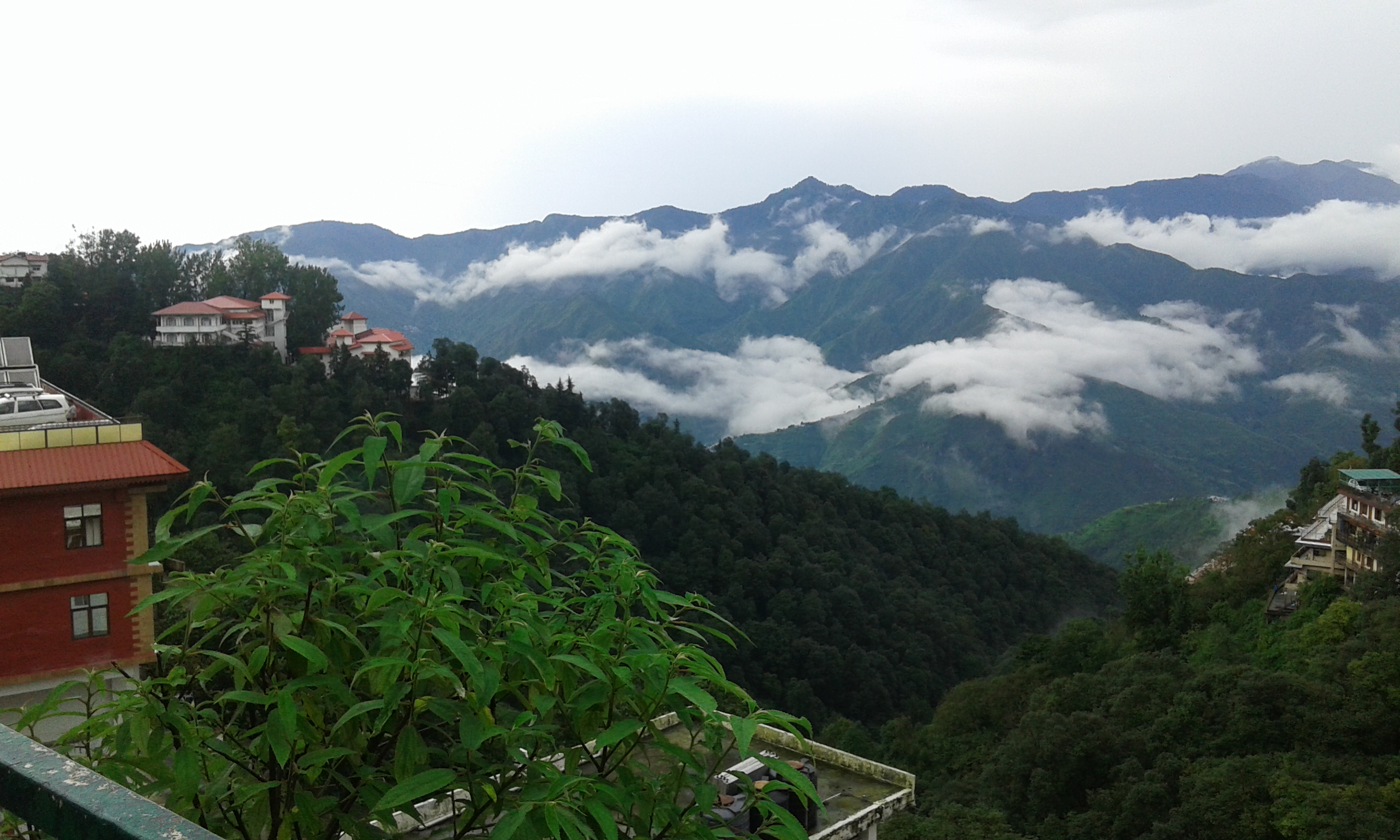 Mussoorie – Come To the “FairyLand” of North India!

The Queen of the Hills, Mussoorie, is soaked with the beauty of nature. Dotted with waterfalls, lakes, lush greenery, and snowy Himalayan peaks, the place is like a “fairyland.”

Mussoorie is a hill station of Uttarakhand. It is some 35 km from Dehradun, the state capital. It is about 290 km from Delhi, the national capital.

This breathtaking hill station is located in the foothills of the magnificent Garhwal Himalayan ranges. This place is called the Queen of the Hills. Landour is an adjacent town of this hill station, which comprises military cantonment. It is regarded as “Greater Mussoorie.” Townships of Jharipani and Barlowganj also form a part of this.

The name Mussoorie is derived from “Mansoor,” which is a shrub indigenous to this place. Many Indians still call the hill station as “Mansoori.”

The place features a main promenade, known as the Mall. It extends from Picture Palace to the east to the Public Library to the west. During the British reign, the Mall displayed a sign that said: “Indians and Dogs Not Allowed.” Pandit Jawaharlal Nehru’s father, Motilal Nehru, broke this rule intentionally. The Nehru family is said to frequent this hill station in the 1920s, 30s, and 40s.

When the 1959 Tibetan Rebellion was in full swing, the hill station saw the setting up of the 14th Dalai Lama’s Central Tibetan Administration. Today, this Administration is at Dharamsala in Himachal Pradesh. In 1960, Mussoorie saw the establishment of the first Tibetan school. Tibetans

chiefly resided in the Happy Valley. At present, there are around 5000 Tibetans in Mussoorie.

The best time to come here is from mid-March to mid-November. Monsoon from July to September can inhibit travelling though.

How to reach from Delhi

Mussoorie is well connected to Delhi by road. The place is known as the “Gateway” to Gangotri and Yamunotri Shrines of North India. Mussooris has no railway station. The nearest railway station is at Dehradun.

Tourists can easily take a bus or car to reach this hill station. There is train service and private bus service from Delhi to Mussoorie. It takes around 5 hours by road and about 7-8 hours by train. As there is no railway station in Mussoorie, tourists must get down in Dehradun from where they can take a bus or taxi to the hill station, which is 60 km (around 2 hours’ drive) from Dehradun.

The best way to travel from Delhi to Mussoorie is by car. It is a 5-hour run approximately. The places that tourists pass through include Ghaziabad, Meerut, and Saharanpur. Tourists come across several petrol pumps, hospitals, road-side “dhabas” or eating joints, and ATMs on the route to Mussoorie.

Mussoorie is dotted with green hills and spectacular flora and fauna. The snow here is fascinating. The Doon Valley glitters in white as sunrays fall on the snow. So do the Shivalik ranges located in the south. This hilly town was once famous as a “fairyland” for tourists. It still has that appeal.

Tourists at this hill station can take a walk with nature at the “Camel’s Back Road”. The road gets its name because it features a protruding rock that appears like a camel’s hump.

The “Gun Hill” is accessible only by a cable car from the Mall road. The place gets its name because cannons were fired to sound out midday in early years. Above the Mall Road is the oldest church of the Himalayas – St Mary’s.

Mussoorie has several spectacular waterfalls. One of them is the Kempty Falls. This nature’s astonishment is located on the hilly tracks of the Chakrata Road, some 15 km from Mussoorie.

A spot on the Mussoorie-Kempty road, just 5 kms from the water fall, serves as a terrific picnic spot. It is Lake Mist. It features good eating and staying facilities, plus recreation activities like boating. This lake has several small waterfalls, as the Kempty River flows through it. The spot is popularly called as the “gem” embedded in the Queen of Hills.

There are more such breathtaking falls like Bhatta Falls, Mossy Falls, and Jharipani Falls. The Nag Devta Temple is yet another site that attracts tourists in swarms. It is 6 km from Mussoorie. Company Garden is another popular tourist spot here. This garden features a mind-blowing range of plants and flowers.

Another fascinating place in this hill station is Happy Valley. It features the first Tibetan temple of India. Tibetan refugees had built the temple in 1960. Lal Tibba is also one of the most popular tourist spots here.

Mussoorie features the biggest roller skating rink of India. Dhanaulti hill station, which is famous for its picturesque look, is around 32 kms from Mussoorie.

A recently developed picnic spot by the City Board & Mussoorie Dehradun Development Authority is the Mussoorie Lake. It is 6 km from the town on Mussoorie-Dehradun road. It features the facility of pedaled boats. The place renders a mesmerizing scene of nearby villages and Doon Valley. Staying here at night is an enchanting experience, as the view is out-of- the-world. 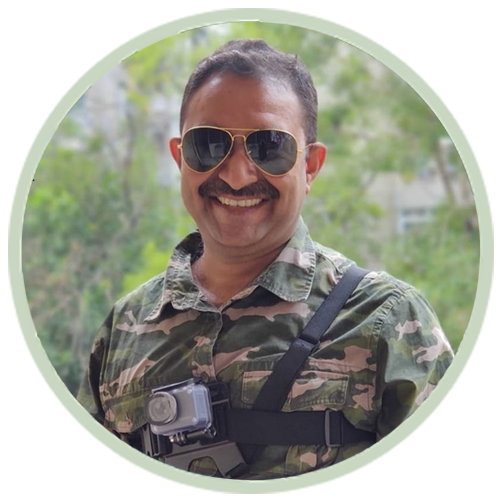 Welcome to my travel blog. Follow me on my adventure to world discovery. 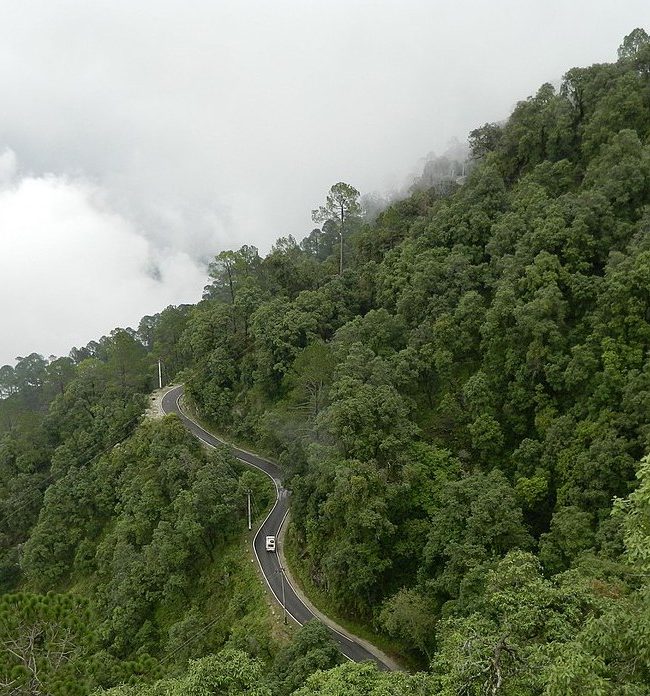 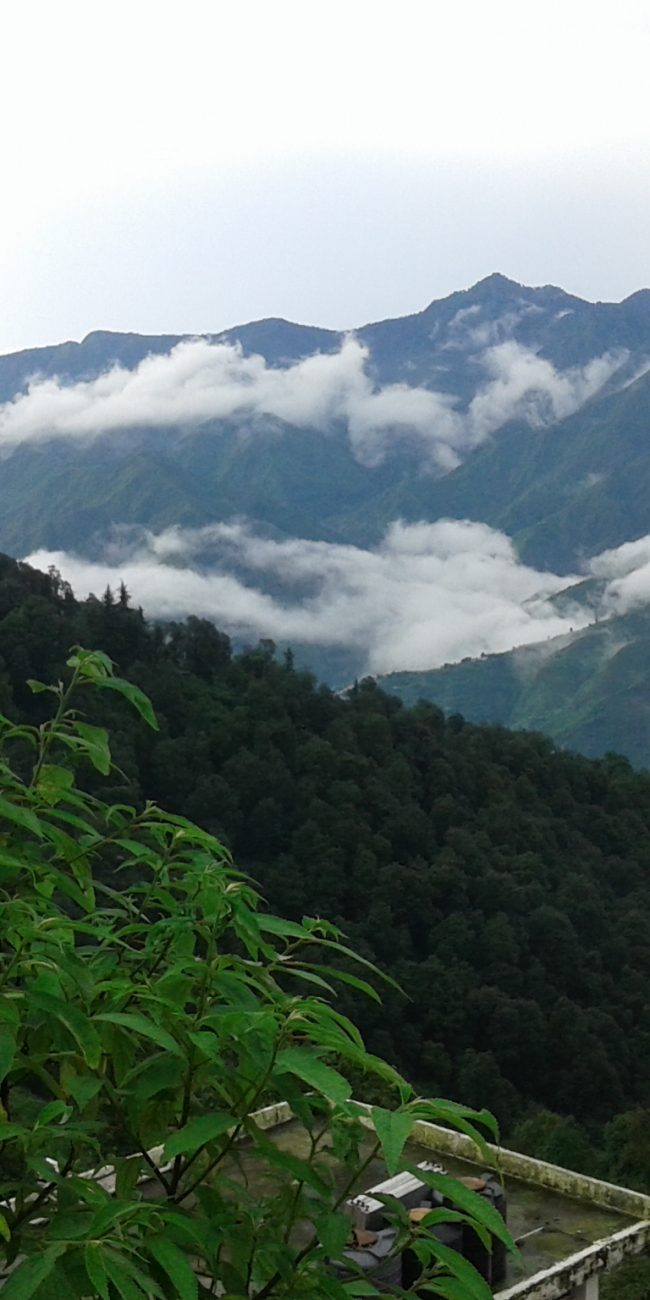 Mussoorie – Come To the “FairyLand” of North India! 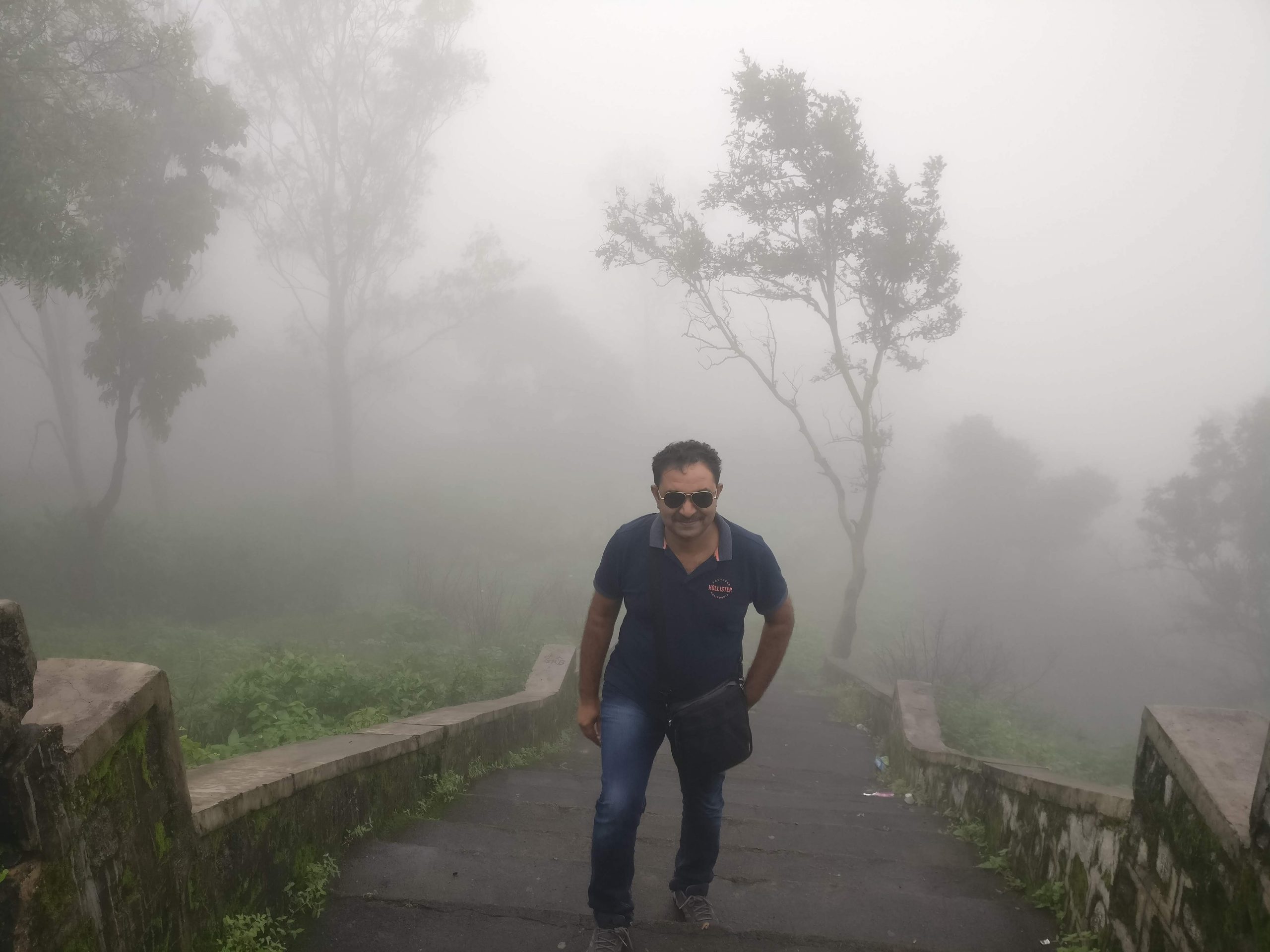 Patalkot: Mysteries of This Deep Valley Will Mesmerise You

The beauty is spread in every nook and corner of India with full of diversities. The radiance is suc The surreal beauty of Himachal Pradesh is hard to express in words. Poets, writers, philosophers – 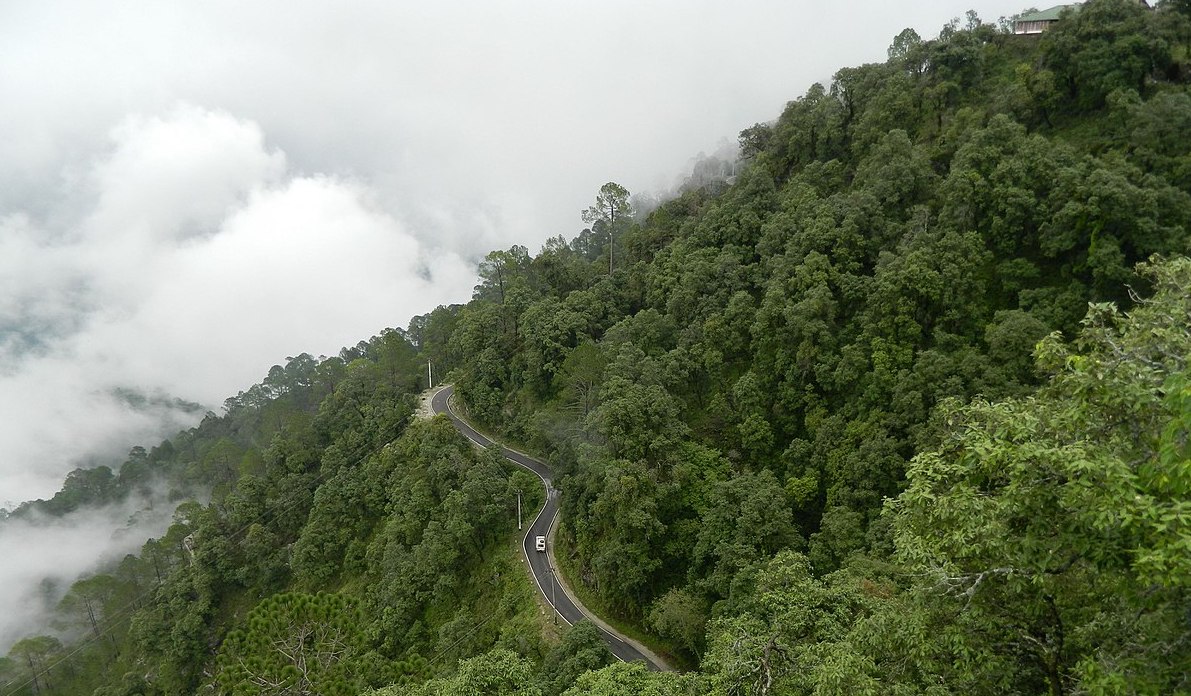 For over 21 years, I have travelled many parts of the world,  meeting people,  exchanging ideas an